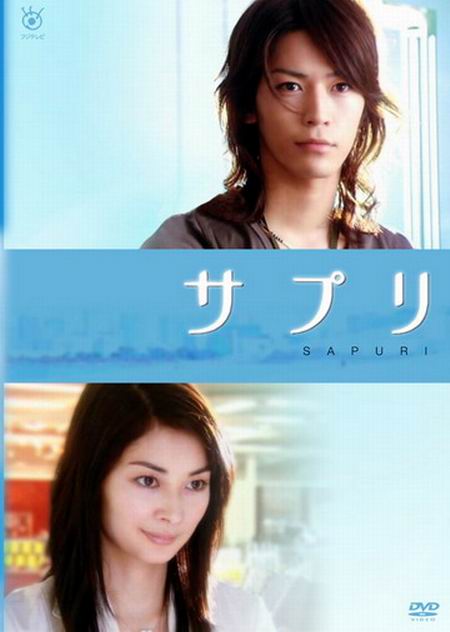 Suppli mostly takes place at an advertising agency. While part of it is about the actual work, you also get insight into some of its workers' lives.


The main character, Fuji-san (Ito Misaki) is a woman of 28. It's a difficult time for women and a lot of the drama centers around that fact. She is faced with the decision of what is more important in life; work or romance. Being unmarried and recently single, she puts all her effort into work. She lives alone, and mostly works alone, at her own pace. That is convenient as she doesn't have to deal with others, but also lonely.

Yu-kun is the other main character, who is played by KAT-TUN member Kazuya Kamenashi. He is young and inexperienced, drifting from one job to the other, not really knowing what he wants to do. To him, a beautiful day is wasted in the office. He still has to take the part-time job at Fuji-san's firm and slowly, guided by Fuji-san he realises that advertising is actually something that interests him. Of course, that interest quickly turns towards the teacher as well.

I'm generally not very impressed by Kazuya Kamenashi's acting abilities. I have seen him in several dramas, but somehow he just never seems to become as one with the character as I'd like him to be. His acting doesn't feel deep, he's like a face that's in front of you, saying the lines, but it's blank.


The questions that this drama raises are love or work? Can an older woman see her future in a younger man? Can you give up your way of life for another? Regarding other characters, you also find wondering about other things. Can a selfish man learn to become a good father? How long can a woman wait for a man, or a man for a woman? When should you let go and have the person you love do what they should?


Besides the romances that these people experience you also get a glimpse into the workings of an advertising agency and you will never look at an ad the same way as you did before.


While the story of the drama is very good, there is just one flaw. When the two main characters kiss, it just lacks that special something that all the great kisses in the world have had. The fire; the connection. The other romantic scenes work, but kissing just doesn't. It's a bit disappointing, and you begin to doubt the validity of the romance.
Posted by Isabelle at 7:26 AM No comments: 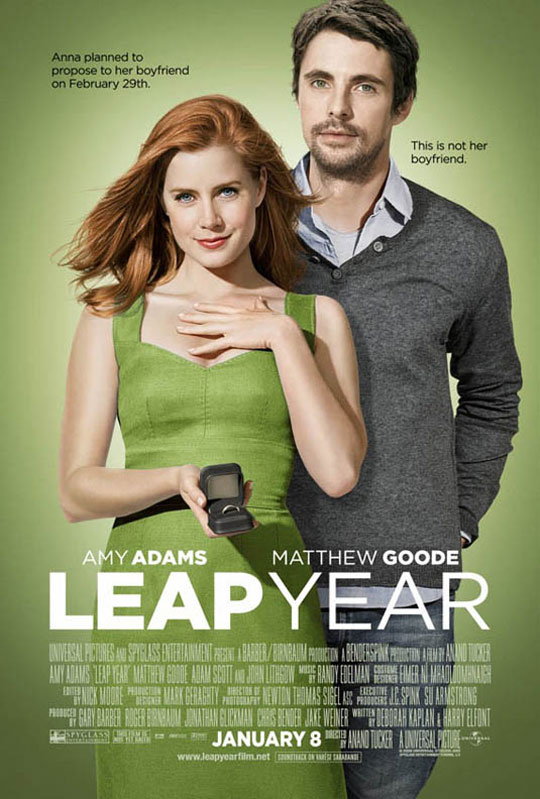 Leap Year is a rather good romantic comedy, for one of its overly cliched genre. It does follow the classic script: the characters not liking each other at first, but having to cope for some reason. Then as they get to know one another, they gradually fall in love. No surprises there.

Why I would recommend this movie though is partly because Amy Adams just does a great job again. Her classically beautiful face looks something that is straight out of the 50s. She makes the snotty character of Anna look believable and as a woman you have to give her extra points for running around in those really high heels.
The leading man (Matthew Goode) is nice looking, pulls off the scruffy Irish lad really well.

The comedy situations are genuinely funny and you are amused by them, even though you can see some of them coming. The romance is a bit in the background next to the comedy and the journey that they take together and you do wonder a bit why those two actually fall in love. Though probably men don't wonder why anyone would fall for Amy Adams. Another high point of the movie is the wonderful backdrop of the Irish countryside. There are truly beautiful scenes with the rolling hills and all that green. It makes you want to go there and run down a hill barefoot in the rain as well. I'm sure that after seeing this, a lot of people make Ireland their next holiday destination, but not the city.

The movie does ask one question that you find yourself wondering about. If your house was on fire and you had 60 seconds to save something, what would you take? What is the most important thing in your life?
Posted by Isabelle at 6:49 AM No comments: 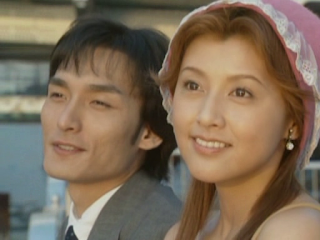 I started to watch this as my latest Japanese drama because it introduced the story as the Japanese take on Notting Hill. I remembered liking that movie, and I wanted to watch something romantic, so I started it. It may resemble the American movie, but it's just so much more.


Why do you fall in love with a story? There are some love stories, that you like, or find interesting. Some are cute. But there are still others, that just manage to touch something inside you that others may not. To each its own and no two people are affacted in the same way by a story. This one did manage to touch something inside me. I could never explain why, but I'm glad it did, because it will be a drama I will always cherish. Anyone who knows me may find that strange, as I'm not a romantic type, and generally detest love stories. There was, however, something so pure in this story, that it even broke through my barriers.

A strange thing is that what I will always remember the most about this story is not just the romance, but the guy eating eggs with rice and soy sauce straight from under the chicken. He never cooked the eggs by themselves. I want to eat eggs like that, though it wouldn't be very sanitary.


It's about two people. One a star, a beautiful actress, who constantly has love affairs, but none of them really touch her heart. Then she meets this man, who is not particularly handsome, nor smart, just a regular man working in an office. But for her, he is the one she had always been looking for. The one who changes everything. It's a Japanese story, so they may or may not get together, but all the same, I still managed to cry a lot.


Please, let them into your heart.
Posted by Isabelle at 6:35 AM No comments: