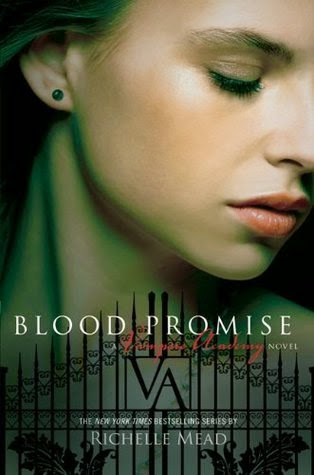 After finishing the previous book, I knew this one would be a departure from what we had before. I was afraid that because Lissa and Rose weren't in physical contact any more, I wouldn't get anything from Lissa. However, I got plenty, since Rose couldn't stop herself from checking on her best friend, luckily we didn't miss anything important either.

The story itself is quite different. Before we mostly had some sort of a mystery, which became the task to be resolved by the end. The main story here is a journey. It seems quite hopeless at the beginning, but we can expect that it's not. There are a lot of new things that Rose discovers during her travels, which I found very interesting. The author expanded on the universe in a good way, and didn't feel like she found herself in a bind and just threw things in.
The details in the new environment felt real. As someone who lives in Eastern Europe, though not in any place in the book, I often find that foreign people have a strange idea of what this part of the world looks like, and is like. Okay, the food thing annoyed me a little, though I know that the food there is not always good, but I think there is more of a variety of foreign food than burgers and chips.
The pacing was a bit off in this story. The middle was very slow. I found myself skipping some passages. It picked up again, but I think the middle should have been cut a bit more.

Rose changes a lot in this book. Before she felt like a teen. Not the typical sort, but like a girl at the end of her teens, almost a woman. In this story I kept forgetting she was just 18. She was very grown-up. It would have been a sudden change, had it not been for the end of the previous book. That was such a break in her life, it propelled her to adulthood.
Lissa got into a lot of trouble on her own. She clearly needed Rose to help her. Though I think she felt a bit lost on her own, and also felt bad about what had happened between them. At the end of this book we do discover that Lissa had done her own share of growing up as well.

Overall, an interesting addition to the series. In some regards, this was the most exciting book so far. The twists at the end were obvious to me, but I usually guess the ending of everything without any effort, so that's not a problem. Looking forward to the next two books, though I started to pace myself with them a bit. I'm not sure what I'll read next. Would love recommendations. I really like this one, but hated Twilight and Darkfever.
Posted by Isabelle at 5:32 PM No comments: 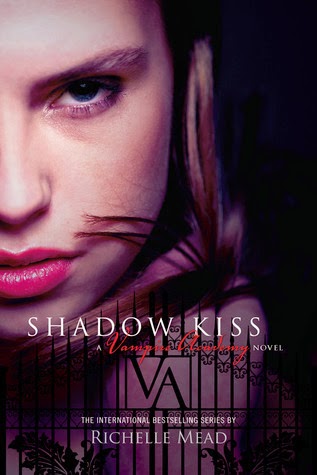 The third book in the Vampire Academy series follows the pattern of the previous books in that it starts off slowly, increases pace in the middle, and the last 20% is so fast, you have a hard time putting it down. So far, I enjoyed this edition the most, though the mystery I guessed very soon, a lot sooner than Rose. At least, it didn't take her hundreds of pages as it did Bella in New Moon about the wolves. That was where I gave up on that thing. The ending I knew a few pages before it happened, because it made sense story-building-wise.

In this book Rose evolves away from Lissa even more. It's a natural progressing, as in the first book Rose was centred around her, then with the romance in the second book she started to get away from her more, until in this book Lissa is just on the side, with Rose having a lot more things to focus on. The story does have many strands, but in the end they come together nicely, and everything makes sense, even though some events are clearly building up for future conflicts.
While there is a conflict between the Rose we meet in the first book, and the Rose we part from in the third, it is a natural progression. The reasons why teenagers seem to only care about themselves and go against authority have an explanation in the development of individual identity. In order for people to establish who they are, what they want to do, where they want to go with their lives, people need this stage. If it's interrupted, or doesn't happen at all, people often experience a sense of being lost, of not knowing what they want to do. People need to establish their own sense of self, and only then can they be adults, and live their lives with others. Rose had to break away from Lissa, and discover who Rose was, so that she can be later who Lissa needs her to be.
In a way, the first three books of this series complete an arch. There is a clear break at the end of this one. So the series can be regarded to be actually two.

Overall, a very enjoyable addition. In fact, this is probably my favourite so far. The only reason why I didn't start the next book right away, was because I had to go to work. The woes of the working woman!

One last thing to add to this review is that when Rose picked up the stake, I was kind of picturing this:

Posted by Isabelle at 2:53 PM No comments: