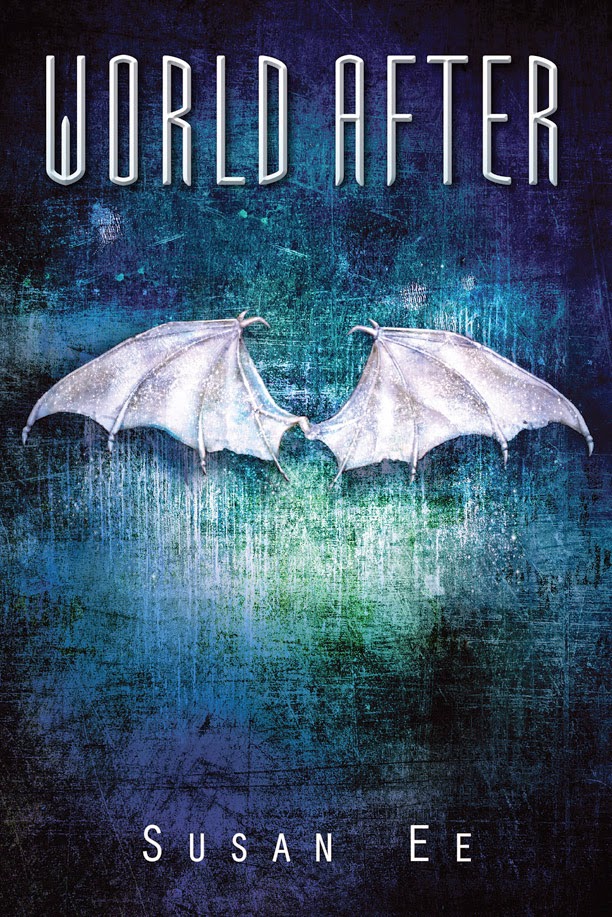 I started reading World After right after finishing Angelfall. The pacing of this book is different from the first one. In a way, it reminds me of Lord of the Rings. There the first book was mostly about the journey and finding out about the world. In the second, you find out more, and the building blocks of defeating the foe emerges. So the third would be the big battles. We'll see.

There isn't an easily progressing story in this one as in the previous book. It may be the reason that people feel the pacing is different, but now that I think about it, not so much. A lot of things do happen, but Penryn mostly just floats from happening to happening. It feels a bit forced, and too incidental. Of course, if I think about it, and take into account what Paige's goal was all along, things make more sense. The random events feel no longer so random, except for a few.

The characters stay mostly the same. The whole thing is just about two or three days, so no wonder. There are some side characters introduced that will probably play a part later, but they are just moments now. Maybe the doctor feels more rounded, and of course Clara. The main focus of this tale is the information though.

Overall, an enjoyable sequel. Still not seeking out fanfiction, but will read the third book once it comes out. I just wasn't blown away.
Posted by Isabelle at 12:31 AM No comments: 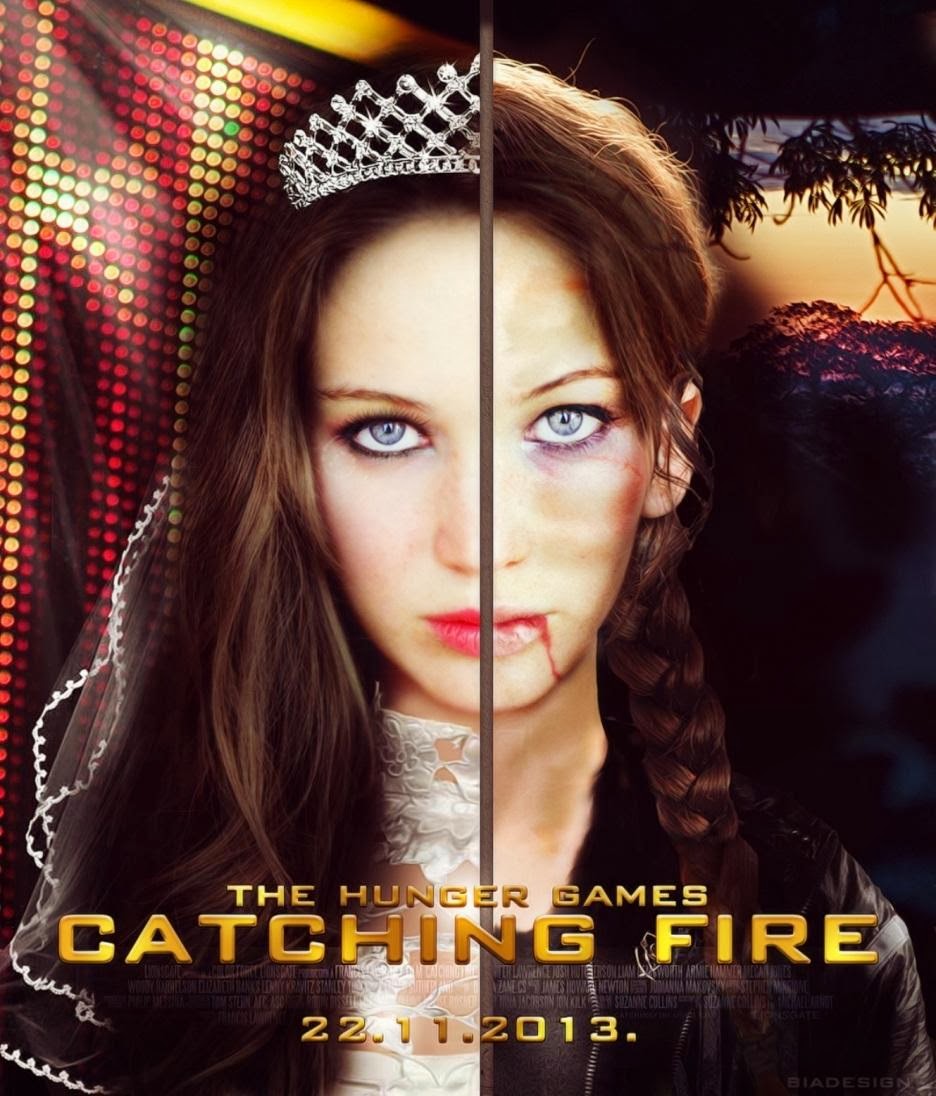 This is the second installment in The Hunger Games trilogy. I went to see the movie with a higher level of excitement than I did the previous one, as can be seen from the tone of my review. Partly, it's due to the fact that I've read the books in the time between. I was bothered by the style of writing in the books, which I talked about in detail in the review of the first book. However, the story itself and Katniss' character captured my imagination, and I managed to get passed the style for the most part.
The second book was my favourite. It had the most imaginative story line out of the three, and the greatest shocker at the end.

Now onto the movie. My greatest problem with the previous movie was the shaky cam, and the weird close-ups. Luckily, we got a new director for this instalment, and he didn't suffer from this "artistic" compulsion. According to the credits of the next two (yes, Mockingjay looks to be a two-parter, yay) movies, he will stay on. That is great news to me, because I really loved the movie.
This year had been full of disappointments. Man of Steel I couldn't even review, I was so saddened by it. City of Bones was watchable, but didn't rock my world. The Colony had a great trailer, I just wish the movie had been even remotely like that. I was almost afraid Catching Fire would follow along the same vein. I'm so glad it didn't! It was probably one of the best movie adaptations that I've seen, and it's probably going to make my top ten all time movie favourites list. It was that good.
No more shaky cam! The images were clean and grand. The settings just like I imagined. The clothes and the make-up were wonderful. Visually, it couldn't have been better.
The story compared to the book followed it well. Of course, there were some differences, but the book covers a lot of things, and I thought it had the important things. It has been a while since I read the book, but I didn't have a sense of anything major being left out. Maybe there was something about District 13 in there, but I'm not sure, it may have been in the next book. I went to see it with a guy who hasn't read the books, so I used him to test the coherency and how well the story could be understood without that background. According to him and my test questions, the major points went over well.
One little bit that was different, is that not everything was through Katniss' eyes. This gave us an interesting glimpse into some of President Snow's actions. I was glad to see those.
Tissue warning should have been at the start of the film, because I had tears in my eyes at several points. Just one word, not to spoil anything. Rue.

Now for the characters and the actors.
Jennifer Lawrence carried the story on her back. She was truly brilliant here. Her face showed Katniss' emotions perfectly. The part got somewhat harder here, I think. As I wrote in my book reviews, after the events in the first instalment, Katniss clearly suffers from PTSD. It was apparent often on her face how she could barely keep it together, and how she lost it sometimes. I could feel Jennifer being Katniss. She did show her comical side in THE elevator scene, which I won't spoil. Her face there though, priceless. I think we all needed that little laugh in the grimness of the story.
Josh Hutcherson seemed to have come into his role of Peeta. In the previous movie I wasn't completely convinced, but he won me over.
The rest of the cast had matured into their roles as well. I guess that's the benefit of playing in a series. Though next to Jennifer, they all felt as minor characters. I confess, I had mostly just eyes for her. I'll check out the other people when I rewatch the movie.

I have to write a little side note here. I was watching the movie in English, with Hungarian subtitles. Now I had no need of subtitling, but they were sometimes hard to ignore, and I read them. I face-palmed a lot. When I saw how they translated "May the odds be ever in your favour", I had a little rant at the screen. It was completely wrong. Sometimes half of the sentences were missing. Overall, it was a poor job, whoever did it. So all you people out there who don't have to see that abomination, be ever so glad.
Why was that phrase so important to translate right? Because it's a mockery. The odds never were, and never will be in their favour, for anyone in the Districts. It depicts their relationship to the Capitol in one, simple sentence. They have no chance, no choices, they are just slaves to the Capitol. The people in charge feeding them that line are trying to give them a false promise of chance, but that can be ripped from them at any moment. Some people on the internet wrote that it means "Good luck". They were wrong. It doesn't. It means, you have a chance to make your life and that of your District better, we are giving that to you. That is the promise of the Games. What is given, however, can be taken away just as easily. That is what people realise, when they change "ever", to "never".

Overall, this is a great movie. Others may not agree with me, but I was totally pumped by the end. I won't tell you what signs I was making towards the screen, intending them for Snow, when the end approached. I recommend the film for everyone, really. If they continue on in this manner, then by the end, this will be one of the best movie series out there. You can make room next to your LotR and Harry Potter box sets.
Posted by Isabelle at 2:47 PM No comments: 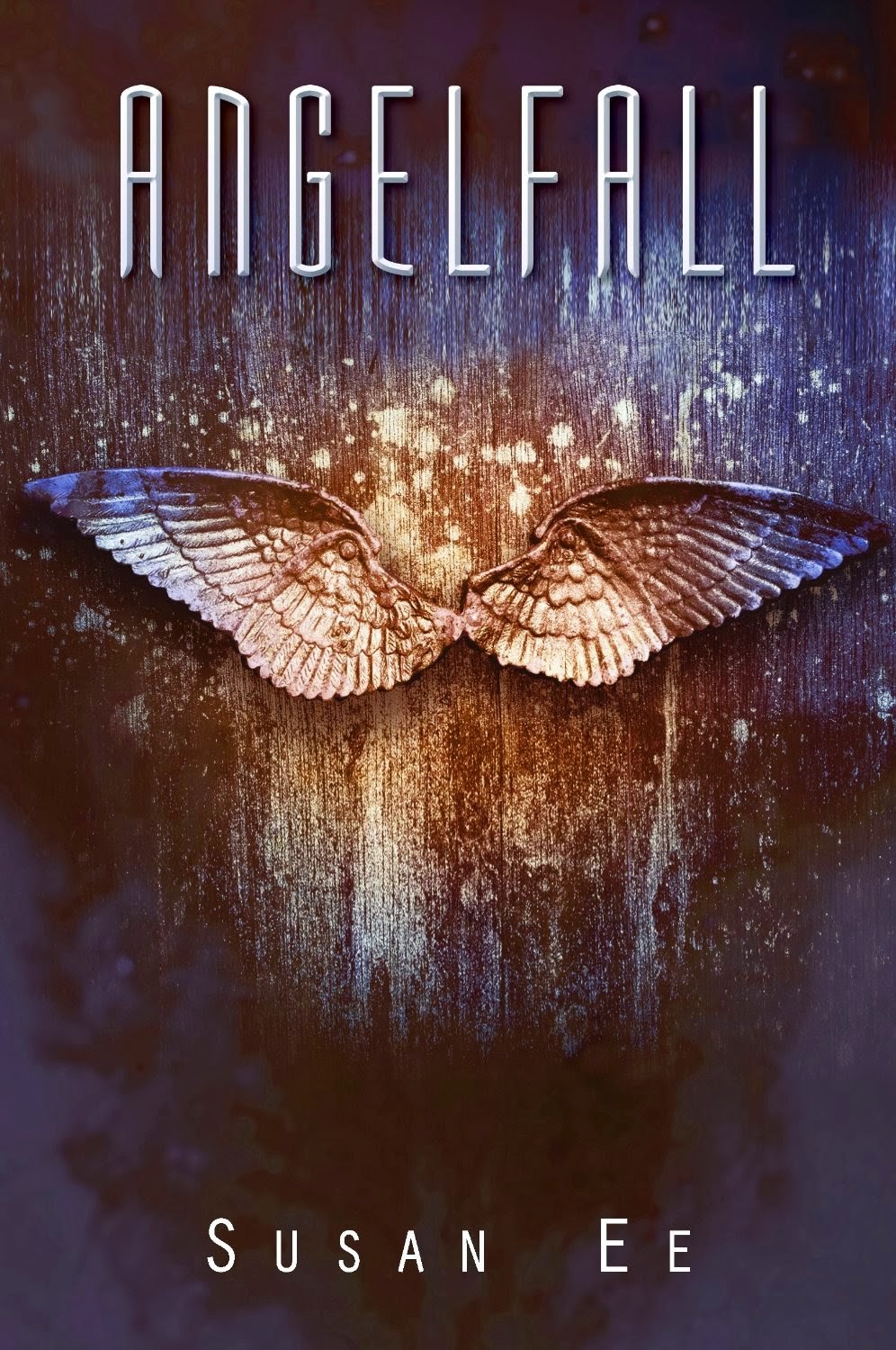 Rating books is hard. Did this book excite me, make me want to seek out fanfiction, make me sad that I only have one more book to read? No. Not five stars then. Did it make me check the release date for the next instalment? No. Not four stars either. What it did do was have me not notice the bath water turn cold, and reach for the next book. 3.5 stars.

Now about the story. Without spoiling much, it's obviously about a girl and an angel. The majority of the angels showed up one day and started killing people. Why, I have no idea. We start the tale a bit in the middle, and learn of Penryn's story from flashbacks. I'm not sure if I like that. Do other people? I like to see at least one normal day before everything goes South. That could be just me though. The rest is spoilers.

The two main characters are Raffe and Penryn. We see the world through Penryn's eyes in present tense, which I still don't like much. Sometimes I catch my brain converting the tense to past.
Penryn is not annoying. Nowadays, literature seems to have an abundance of annoying heroines, so I'm glad to report Penryn isn't one of them. I can empathise with her need to take care of her disabled sister, and look after her mother. Family is always hard. She's also pretty sensible. She doesn't fall into insta-love. She can think on her feet. She's resourceful. She doesn't sit around waiting for her angel.
Raffe is the angel. He is sufficiently superior-feeling, glaring, pretty. Not a fool either. What was a bit annoying about him was that he kept putting Penryn down for asking questions. Worse still, Penryn felt chastised for asking them, and like a child. To me, questioning everything is important. Penryn was right to ask them. Raffe was just being an arse.

Overall, I liked the book. It was fast paced and interesting. I'm reading the series for sure. The angel theme is a bit troubling as a non-Christian, but I can ignore that.
Posted by Isabelle at 8:43 AM No comments: