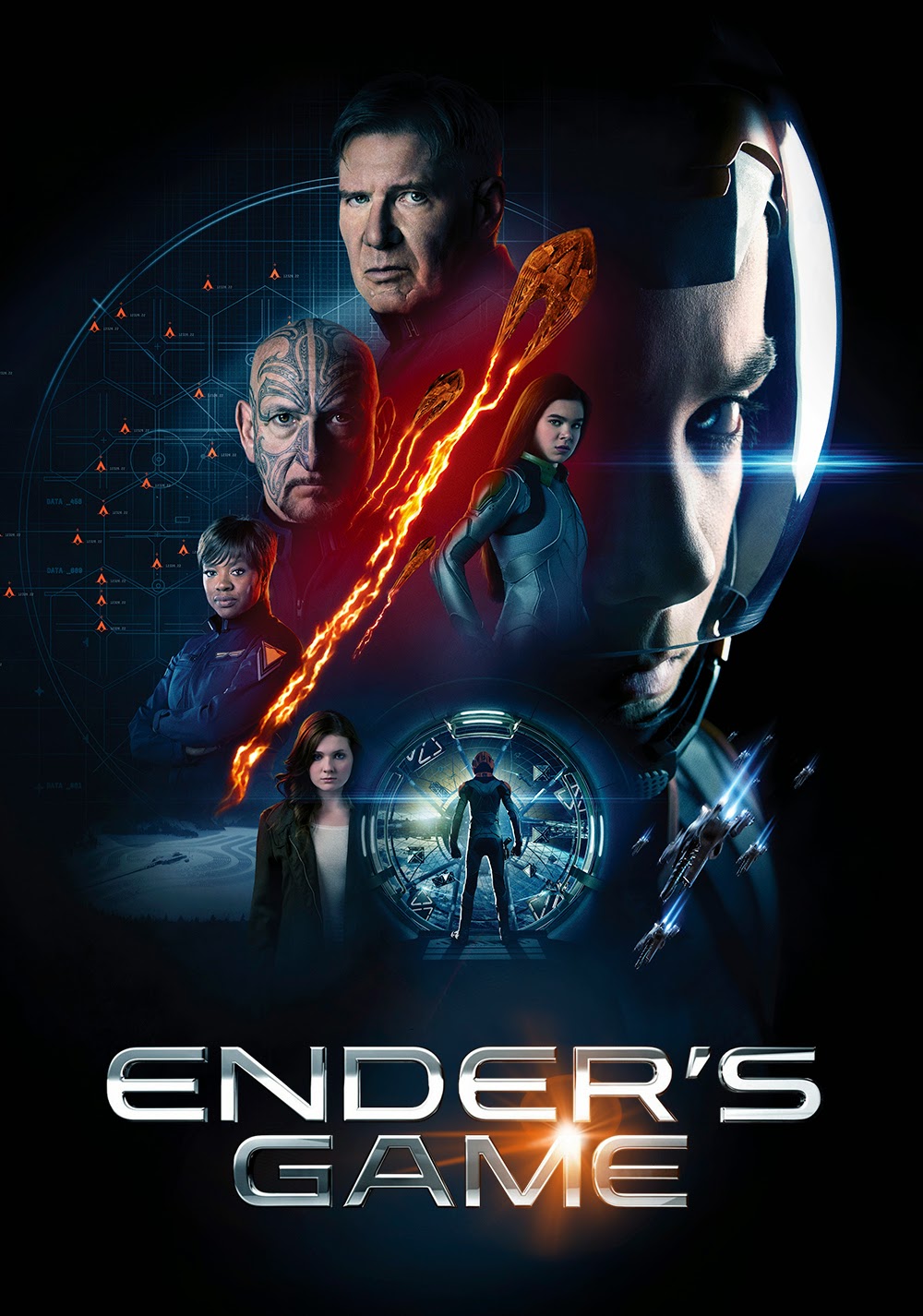 I didn't watch this movie at a theater because I don't want to financially support the author. I'm against his homophobic views. I still didn't pay for it. The reason why I watched it, was because a lot of people love the story. I hated the book, it was very boring. The whole training was repetitive and ridiculous. I was hoping on screen it would be better.

At the beginning they hammered in the whole "we barely survived last time, but for the hero commander" thing too much. The battle game rules weren't explained. It's been a while since I've read it, so I was confused at times. Mercifully, the Battle school part was a lot shorter than it was in the book. That was where I gave up, so I was glad. However, the part after that feels a bit hurried, and it's over before you know it.
The story of the movie was fine. It wasn't great, though the ending was a bit moving. What was missing was connecting with the characters. It felt shallow. It occurred to me that maybe it was that no character was on screen very long aside from Ender, and he was a hard character to connect to. However, in The Hunger Games we barely got to know Rue, but I was still crying in the theater. Though I believe this problem was also present in the book, and contributed to my not finishing it. The focus was too much on Ender, whom I couldn't manage to like, because I found him a conceited little snot. The other people were just there for Ender, but more like paper cut-outs, than real people.


The actors were fine. I don't think that the lack of connection was due to their acting. They tried to amp it up with Harrison Ford, and he was okay.
Asa Butterfield did a good job of playing the creepy kid, even if I didn't like the character he was playing. Though he had experience in being the weird child, because he played the young Mordred in the TV series Merlin.

The visuals were top notch, though I felt that they were overdoing the space station orbiting Earth picture. Like it cost a lot, so they were milking it for all the seconds they could get out of it.
The Battle dome I imagined a bit differently, but this looked much cooler.

Overall, a watchable movie. It still didn't solve me the riddle of why some people are so in love with the book, but that could just be me. I really put aside my bias towards the author while watching. However, I still can't give it more than 3 stars, though I almost gave it 2.
Posted by Isabelle at 4:32 PM No comments: