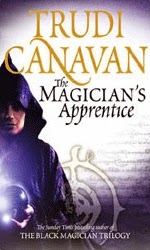 I really loved this book. Though at first I was a bit confused as to when it's actually happening, because there was no note on it. It happens in the Black Magician universe, and it's about the time before the founding of the Magicians' Guild, not long after they were freed from Sachakan rule. It gives an interesting insight into those times, and it also reveals what Sachaka was before a lot of it turned to a wasteland. It has a war in it, battles, issues of sexuality and a bit of romance. I won't go into any more details, but it's a definite page-turner. It broadens the whole universe just before reading the next series in it. I hope we will see a lot more of this world and perhaps in future novels visit some other countries as well. The possibilities are endless, and I believe we can be witnesses to the creation of a new fantasy universe which will be among those most beloved by the fans of the genre.
Posted by Isabelle at 4:06 PM No comments: 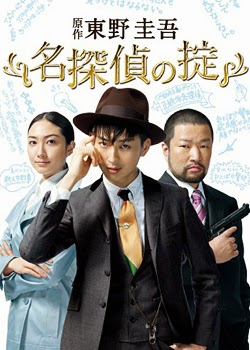 This is one drama that doesn't take itself seriously. Well, except for the last about five minutes. The initial concept is that it takes the clichés you can find in classical detective stories and ridicules them in a style not unlike the "Horror Movie", "Date Movie", etc. method. Except for the little fact that the three main characters actually know that they are in a drama with that goal, but this only increases the hilarity of the situations. The whole thing is actually funny and the episodes provide good entertainment.

For non-Japanese viewers I do have to note that the detective story concepts seem strange to us sometimes. This is because it's based on more Japanese detective stories than Western ones. The series I can find the most connection with is actually the anime "Detective Conan". Therefore I do advise watching a few episodes of that before watching this drama in order to understand some of the references.

Each episode can be viewed separately, and aside from the characters, they don't have much connection.

The main character is played by Matsuda Shota, whom we most know from Hana Yori Dango. He is a very good actor and performs very well in all his roles. He seems to become one with the character and makes them believable. This drama only made me want to see more of him. Not to mention that he's cute.
The role of the female cop is played by Kashii Yu. She is good as well and looking very pretty in all the different styles they put her in. It's interesting to note that she actually had a part in the second live-action movie made from "Detective Conan". She is the most serious character in the drama, and also the required newbie cop. She represents the viewer in the show, and also a refreshing spot of reality in a story that sometimes goes over the top with the crazy.
Kimura Yuichi in the role of the 'cop who can't solve cases' - Okawara Banzo - is not very well known for most drama fans as he hasn't appeared in many. He is a comedian and naturally performs well. His character is the cliché detective story character, the cop who can actually arrest the bad guys, but is not very smart.


I recommend the drama for people who love detective stories, and are looking for a fun filled time.
Posted by Isabelle at 9:37 PM No comments: 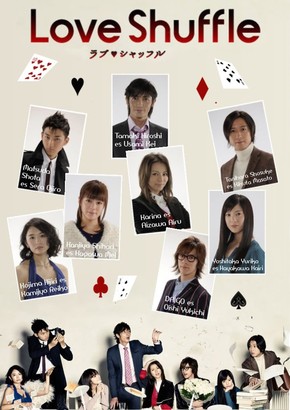 The frame of the story is that eight people, four women and four men, date each other for a week to find out what they want out of their love lives. As is usual for a Japanese drama; it ends up being about more than just love. It discusses our motivations to live and love, what we really look for in a relationship. Sometimes you just need to give people a chance, and find out who they really are. In the beginning you may think you have it all figured out, but the ending will surprise you. Half the fun is trying to predict who will be with whom.


This is also a drama about finding friends, and then letting them help in the course of their lives. No one is left untouched by the shuffle.


Tanihara Shosuke plays the psychologist Kikuta Masato. He is in a way the main character and motivator in the shuffle. As the oldest member of the team he pulls the strings, and helps the others deal with the hurdles in their lives.
I do have to note that Daigo, the singer of BREAKERZ has his only longer-than-one-episode role in this drama as the shy, but wealthy Oishi Yukichi. If you thought his singing voice was unique, his speech voice will surprise you. It does take a bit of getting used to, but he is as cute in his role as he is while singing. His character first seems really boring, but he turns out to be more devious than expected.

I'm not going to go through all eight characters. They're all unique and interesting. I'm going to leave it up to the viewers to get to know them. Let me just tell you, that they all have a secret, and all will be revealed by the end.

For the women out there, I do also have to note that this has more male nudity in it than usual.


And for everyone, this also has more sexual themes than is usual for Japanese dramas. Also, I warn you, you will never think about the word "Panda" in the same way.
Posted by Isabelle at 9:32 PM No comments: 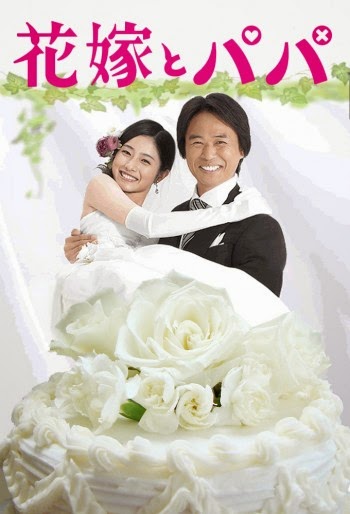 At first glance this may seem like a love drama, but it is not. I did root for the other guy, but there really never was a chance of the main character ending up with anyone else. What the story is actually about is the relationship of a man and his daughter and how they deal with her becoming a woman. It is often hard for a single father to let go, but we do see a lot of growth in him.

Another aspect of the drama is the difficulties of growing up and separating from the parents from the girl's point of view. The first job and the first love are hard enough to deal with, but she also has an overbearing father on her hands. At times the story is funny in an embarrassing way, but also very heart-warming. The running musical theme of the drama is sung by the father and is titled "Kimi no kaeru basho". It's a lovely song full of the same warmth as the story itself.