Confessions of a Shopaholic (Shopaholic #1) by Sophie Kinsella * 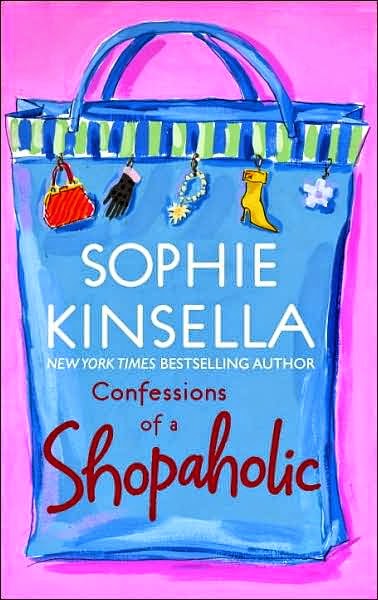 I picked up this book for three reasons:

1. I wanted to read a light chick-lit.
2. I wanted to find out what shopaholics are like, since I can't relate.
3. Advertisements all around.

I shouldn't have. I was sort of hoping that she would be cured, and learn to live a sensible lifestyle halfway through, but no. I never knew a person like her, and discovered I don't want to. Like I said, I'm not a shopaholic myself, but I like to investigate people who are not like me. The main character drove me crazy! I'm a total scrooge myself and the type who will put at least 10% of her paycheck into savings every month. So it was so frustrating for me to see someone be so nonchalant about money. I was hoping that maybe I could just laugh at her, but I can't. If you're anything like me, stay away from this book.
Posted by Isabelle at 11:46 PM No comments: 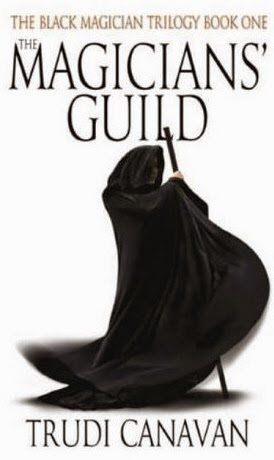 This is one of the best fantasy books I've ever read. I feel that it's a crime that not more people are reading her books. It should also be translated into my native language, so that I could have other read it as well.

This story is not your avarage fantasy. There is no quest to undertake, no clear lines of who is bad and who is good. You may think that one character is the greatest enemy, only to find out that the person is a friend. There are mysteries to figure out. The main character grows a lot from a little girl to a woman. So in a way it's a coming of age story. It's fast paced and interesting and I can promise everyone, you start reading and don't stop until your eyes are tearing up, and you're yawning so big that you could swallow the book.

I've hear it compared to Harry Potter because it also takes place in a magical school. However, this school is not Hogwarts. These kids aren't just learning spells, they're learning how to use magic in a battle as well.

Sonea, the main character is only a child. She's poor, and she's not supposed to have magical powers, but of course she does. She is scared, and tries to get away, plunging into the underworld of Imardin. It was exciting, because partly I wanted her to be found for her own good, but I also didn't.

The book is a first part of a series, and it does sometime feel like it. It can drag. However, I'm sure if they had the first three books of the series in one book, like they do Lord of the Rings, it wouldn't feel like it. When I finished the series, I realised that it was a long journey from where Sonea started, to where she ended up. It may start like a girl going to a magical school, but the end is so far removed from that world, it seems unreal.
Posted by Isabelle at 11:51 PM No comments: 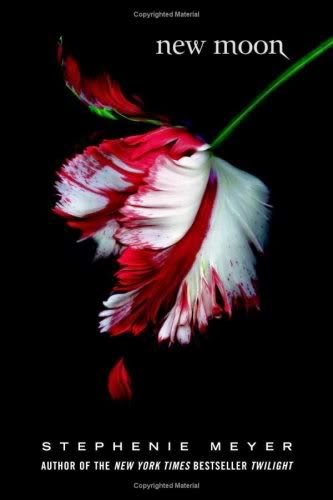 I love vampires. I watch everything that has vampires in it and read a lot of vampire fiction. But this is about vampires? Really? It has nothing of what makes vampires interesting. In fact, it has nothing interesting at all. I read the first book and it was okay. Then I get to this one and have to read through pages and pages of whining, teenage angst over a guy she barely knows. I wanted to strangle the little b... Thank the gods I was never a teenager, because if that's what it's like, then I didn't miss a thing. Then she takes forever to realise that Jacob is a werewolf. Who didn't know by the end of the book? The saddest thing is that this horrible little girl has the same name as I do. I didn't read the whole thing, I gave up after page 200. I'm selling the book, because I never ever want to pick it up again. Just seeing it in the shops makes me cringe.

Seriously, how can people be so in love with this series? Don't they have taste? I've read fanfiction that was more interesting, exciting and better written than this book.
Posted by Isabelle at 11:56 PM No comments: 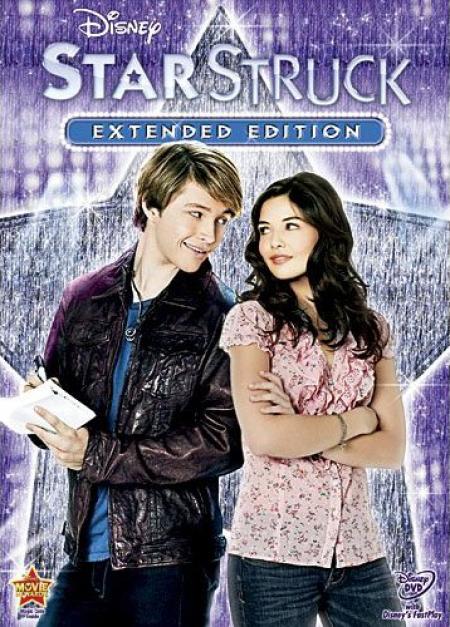 I have mixed feelings about this movie. It was quite good for a Disney teen movie. I loved the lead male character, but the girl I wanted to strangle with my bare hands. She obviously had hidden issues. The guy was nothing but sweet to her, and all she would do is bitch about everything and blame him. The music is catchy and makes me wish that it had more music and less girl in it. It did have some funny moments.

Overall, a watchable afternoon movie. It also doesn't have silly messages like you have to fling yourself at a guy, or that you're not good enough if you're single.
Posted by Isabelle at 4:32 PM No comments: 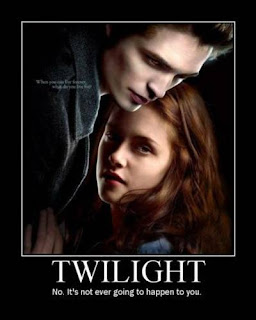 When I went to see the movie, I had no idea what it was about other than vampires. I have always been a fan of vampire movies and stories. The sexuality, the suspense, the blood, it all fascinated me. I once wrote a little piece on vampires, the history of the figure, and that sort of things. A vampire always expressed hidden desires, mostly sexual ones.


After I came out of the theatre, the only thing running through my head was; "What in the world was that?"

Let's start with a story. I'm not going to spoil the thing to anyone, by saying that it's about a girl, who moves in with her dead to the middle of nowhere - Washington state. She meet an old friend, a Native American named Jacob. He has the hots for her. Then she goes to school, and every boy, including the mysterious Edward Cullen has the hots for her. Kind of cliche. Okay, very cliche. It's so obvious he's a vampire, even without the trailer I would have figured it out. The big scene is supposed to be when he tells her what he is. First of all, when he runs up on top of a hill with her is probably the worst special effect I've ever seen. Then he has this big speech about how horrible he is when he's in the sun, and then it turns out that he ... sparkles. Now that was a let down. I didn't know whether to laugh or cry. The vampire baseball was ridiculous. The pace did pick up towards the end, but the fight scene was horrible. In the end, it was basically about nothing much, and I was so bored, I forgot half of the movie. I actually had to watch it a few months later again, because I thought I forgot half of the movie. I didn't.

Bella Swan, what can I say. I'm ashamed that she wears my name. She's a horrible character. Moody, never happy about anything, and utterly boring. There is nothing interesting about her, yet all the men are falling in love with her. Kristen Stewart doesn't put in any effort to breathe any life into the character. She has two expressions. One is that she's about to throw up, the other is that she's about to have an orgasm. I have seen her in other things as well, and that is really all. When she tries to smile, it's scary in a bad way.

Edward Cullen, the vampire. He's supposed to be the big romantic hero, but he's actually rather creepy. He watches her while she sleeps, tells her to stay away, yet keeps pursuing her. Robert Pattison doesn't help. I didn't like him much in Harry Potter. I didn't even remember that he played Cedric, that's how forgettable he is. I suppose some women may find him attractive, but big forehead and square head is not for me. He is also very boring, and lacks charisma.

This movie was supposed to be about vampires and romance. It failed on both. In spite of the two leading actors becoming a couple while filming, they completely lacked chemistry. They just both seemed bored. It didn't deliver on vampires either. There was no sexuality, suspense, and they didn't drink blood. My hidden desires don't include being stalked, and then getting sparkled at.

I have read the book. Why? Because it was a hype, and I wanted to know what it was about. I hoped that it would be better than the book. It wasn't. It was in fact worse, as it took longer, and I had to read Meyer's awful prose.
Posted by Isabelle at 4:03 PM No comments: